Are you ready to surprise and impress your family and friends with some fun Christmas facts?

I thought it might be fun to compile a list of as many fun details about our Christmas beliefs and traditions as I could find.

The History of Christmas – the Holiday

2.  In 1836, Alabama became the first state to declare Christmas a legal holiday.

3. In 1907, Oklahoma became the last state to join the rest of the country in making Christmas a legal holiday.

4. In the 16th Century, Martin Luther is said to have been one of the first to bring a tree indoors for Christmas, and decorate it with lighted candles.

5. Many of our Christmas traditions can be traced back to the early Mesopotamians – the 12 days of Christmas, the bright fires, the yule log, the giving of gifts, carolers who sing while going from house to house, and holiday feasts. (History of Christmas)

Top  Children’s Gifts Over the Years

35. Christmas purchases account for 1/6 of all retail sales in the U.S. each year.

37. 1/4 of all Gift Cards purchased for Christmas are never used.

38. US scientists calculated that Santa would have to visit 822 homes a second to deliver all the world’s presents on Christmas Eve, traveling at 650 miles a second. – The Daily Mirror

39. The Statue of Liberty was a Christmas gift to the United States from France in 1886.

40. Christmas lights were invented in 1882, by Edward Johnson.

41. White Christmas by Bing Crosby is the best-selling record of all time.

42. Based on polls and statistics 45% of the world’s population celebrates Christmas.

43. It was once believed that a woman who went under the mistletoe and was not kissed would not marry the coming year.

44. Although Rudolph the Red-Nosed Reindeer may be depicted and thought of as male, it may not be so. Male reindeer shed their antlers during Christmas time. So it could be that Santa’s reindeer is female!

45. 86% of people asked said spending time with family and friends was the best part of Christmas.

47. Although many people believe the day after Thanksgiving is the busiest shopping day of the year, the truth is the Friday and Saturday before Christmas are busier.

49. Many people consume up to 7000 calories on Christmas Day.

50. The average Christmas tree takes 7 years to grow to a height of 6-7 feet.

51. 10% of all American households leave milk and cookies out for Santa Claus on Christmas Eve.

52.  Taken from the Santa School website (and, according to the site, originally established by a department store, Donovan and Shields, in 1932), here are the top two rules for any prospective Santa Claus:

1. Bodily hygiene is to be scrupulous. Special attention should be paid to the cleanliness of undergarments and socks.
2. Ditto oral hygiene. Please ask Santas to refrain from eating strong – smelling foods such as garlic. Chewing tobacco is to be discouraged.

Christmas Around the World

62. In America, it is tradition to feast on ham or turkey for Christmas dinner.

63. In Japan, Christmas day is a day to indulge on Kentucky Fried Chicken and Strawberry Shortcake.

65. In France, the Feast of Seven Fishes tops the list of Christmas cuisine.

67. In England, the Christmas Goose, Christmas Pudding, and Mince Pies are favorites.

69. St. Francis invented the nativity scene in the 13th Century.

70. In A.D. 350, Pope Julius I, bishop of Rome, proclaimed December 25 the official celebration date for the birthday of Christ.

73. The word Noel derives from the French expression “les bonnes nouvelles” or “the good news”. – The Daily Mirror

74. The Christmas wreath is symbolic of Jesus. The red berries symbolize his blood and the holly represents the crown of thorns.

75. We frequently abbreviate Christmas as X-mas because of ancient tradition. X is the Greek letter “chi” which is an abbreviation for the word “Christ” in Greek. – Source

The Best Christmas Facts of All

Eye-witness accounts of the life, death, and resurrection of Jesus were written by those who willingly sacrificed everything to follow Him. Words which still encourage and inspire His followers today.

Therefore, since we have been made right in God’s sight by faith, we have peace with God because of what Jesus Christ our Lord has done for us. Romans 5:1

Christ Jesus died for us and was raised to life for us, and He is sitting in the place of honor at God’s right hand, pleading for us… And I am convinced that nothing can ever separate us from God’s love. Neither death nor life, neither angels nor demons, neither our fears for today nor our worries about tomorrow—not even the powers of hell can separate us from God’s love. No power in the sky above or in the earth below—indeed, nothing in all creation will ever be able to separate us from the love of God that is revealed in Christ Jesus our Lord. Romans 8:34,38–39

May your Christmas overflow with blessings. May you cherish every moment with family and friends.

And remember, with all the fun facts about Christmas . . . only one really matters…

The Word became a human and lived among us. John 1:14

We would love to pray for you.
You can leave your prayer requests here…

and even take a few minutes to pray over the list left by our friends.

Leave your email address and I’ll send you a short email every Monday, Wednesday, and Friday to alert you to each new devotion. Plus you’ll receive a copy of 30 Ways to Bless Your Marriage and Keep the Spark Burning

I always enjoy hearing from you! Please take a minute to say ‘hi” and share your thoughts in the comments below. 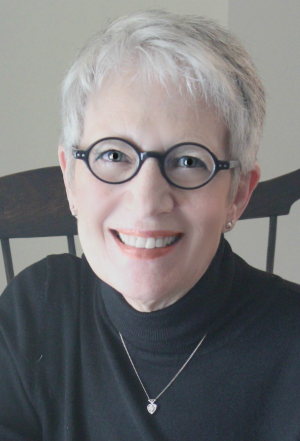